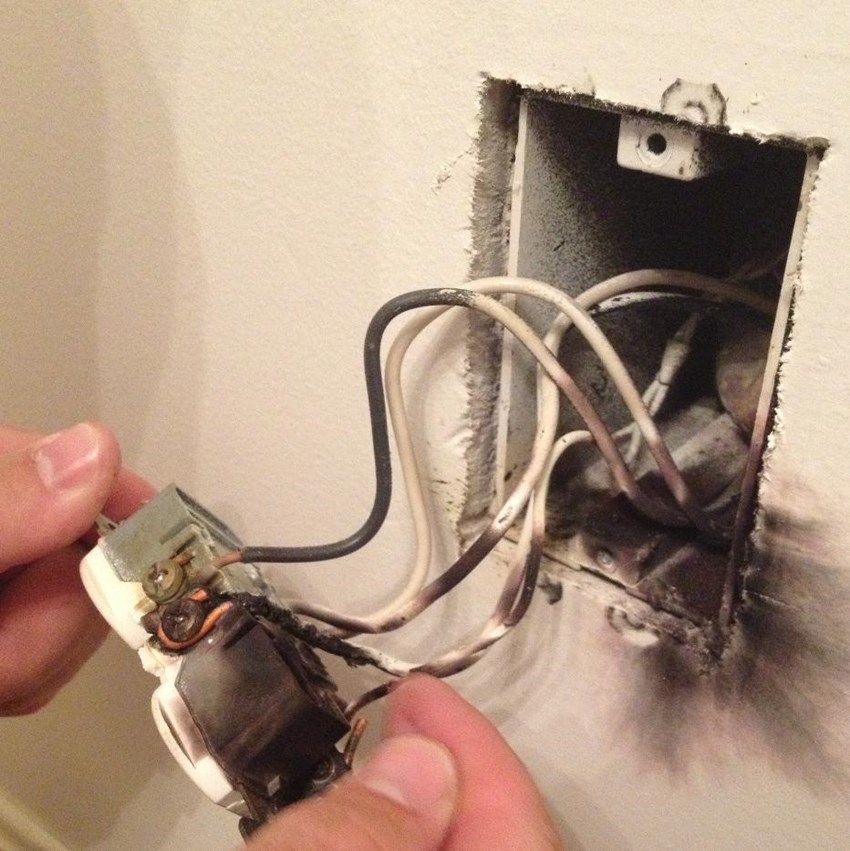 Since July 2002, electrical standards have required a new device called an Arc Fault Circuit Interrupter (or AFCI for short) for bedroom outlets. An “outlet” is any place where electricity is tapped into it; it can be a receptacle, ceiling light, ceiling fan, hardwired smoke detector, etc.  The 2008 National Electric Code (NEC) expanded AFCI requirements to include nearly all 120 Volt (15 and 20 Amp) circuits in the home including family rooms, dining rooms, living rooms, parlors, libraries, dens, bedrooms, sunrooms, recreation rooms, closets, hallways, laundry areas, and similar rooms and areas. The 2014 NEC, which is what Pennsylvania is currently using since Oct. 2018, also added branch circuits supplying kitchens and laundry rooms.

AFCIs should not be confused with GFCIs (Ground Fault Circuit Interrupters). A GFCI is a device (can be in circuit breaker or receptacle form) that detects potential electrical leakage (a ground fault) that can potentially lead to an electrical shock. GFCIs are required in wet-prone areas including bathrooms, garages, kitchens, unfinished basements, laundry sinks, and at the home’s exterior.

An arc fault can be thought of as a mini-lightning bolt in a few different scenarios. One of those scenarios can be if a single conductor is damaged and there is arcing between the breaks in the same wire. This can also be caused by a loose connection at a circuit breaker, receptacle, switch, etc. This is a series arc.

Another scenario is where one damaged conductor is arcing to a different adjacent damaged conductor which is called a parallel arc or a ‘line to neutral’ arc. Arcing can lead to a very hot situation (potentially reaching 10,000° F) which can easily ignite nearby combustibles including paper, insulation, wood, etc. leading to a house fire, destroying property, and potentially killing people. According to the Consumer Product Safety Commission (CPSC), “Each year in the United States, over 40,000 fires are attributed to home electrical wiring. These fires result in over 350 deaths and over 1,400 injuries each year.” Arc faults are one of the major causes of these house fires. 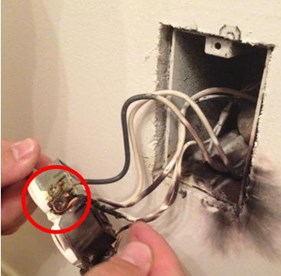 The above photo shows melted wire insulation at a receptacle’s wire connections. One of the conductors connected to the receptacle came loose over time and lead to series arcing resulting in melted wire insulation. When wiring is energized, it heats up and expands slightly. The more electricity flow on the wiring, the more heat and expansion exists. Sometimes this wire expansion can, over time, lead to a loose connection. This loose connection can then lead to arcing. 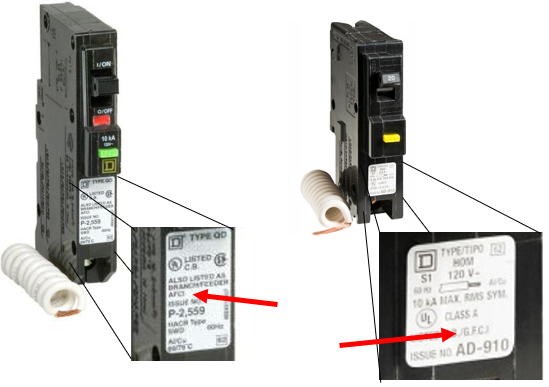 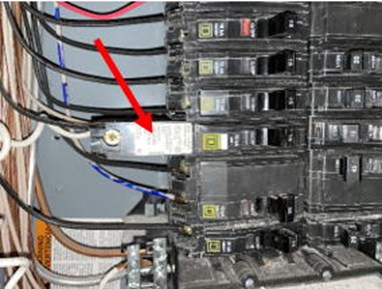 AFCI breakers and receptacles have special electronics built into them which monitors the sine waves of the electricity’s current and voltage. Excessive arcing disrupts these normal sine waves which can trigger the AFCI to jump into action (“trip”) and shut off the offending circuit. Regular circuit breakers protect only against overloads and short circuits whereas AFCI breakers protect against overloads, short circuits, and arc faults. Motors in the home, such as in a vacuum cleaner, will present arcs on their branch circuit however AFCI devices are designed to be able to differentiate between normal arcs and potentially dangerous arcs.

Think of hanging a picture on a wall. You hammer in a nail and, unbeknownst to you, the nail accidentally pierces wiring inside the wall. Whether it’s a series or parallel arc, if the circuit is AFCI protected, the AFCI device should sense the abnormal arc and cause the AFCI device to trip. Besides the example above using a nail into wiring within a wall, some other damages of how wiring can be damaged can include an appliance cord being run under furniture or carpet, wiring that is susceptible to mechanical movement or wear, etc.

There are 3 different types of AFCI devices:

In the photos above, you’ll notice the little white pig-tailed wiring on the breakers. This white wire is the neutral conductor connection for the device to the panel’s grounded terminal bar. One brand, Square D, is now selling a new model of panel and AFCI breaker that no longer requires the pig-tail but instead the AFCI breaker’s neutral side is designed to connect directly to the panel’s grounding bar.

So the next question may be about the AFCI’s test button. The only recognized way to test an AFCI breaker or AFCI receptacle is to use the device’s test button instead of a plug-in tester. This is the same proper method for testing GFCI devices, too. When performing a home inspection, inspectors do not test AFCIs in occupied homes as doing so will shut the power off to the affected circuits. If present but not tested, the inspector should note in the report that AFCI devices were present but were not tested and why. In vacant homes, however, we do test AFCIs using their test buttons. Then, we go back throughout the home to make sure there is no power at the receptacles, light fixtures, ceiling fans, and hardwired smoke detectors in the rooms and areas where AFCI protection is required. Once this has been checked, we will reset the AFCI devices to re-energize those circuits. An issue that I sometimes find in homes built between 2002 and 2009 are hardwired smoke detectors not being AFCI protected. If the AFCI is tripped and the bedrooms' smoke detectors are still powered by the home (normally showing a green LED), these circuits are not AFCI protected as required. Modern hardwired smoke detectors have a battery backup so they are powered even if a regular or AFCI circuit breaker is tripped.

Even if your home predates these modern electrical standards, AFCI breakers may be able to be installed in older breaker panels. AFCI breakers generally run between $30~$50 each and a qualified electrician can determine if AFCI breakers are available for the brand/type of panel installed in your home and what the cost would be. AFCI receptacles, however, can be added in older homes regardless of the type of breaker panel installed. Also, when installed as the first outlet on a branch circuit, AFCI receptacles provide series and parallel arc protection for devices downstream. Only qualified electricians should install AFCI circuit breakers.