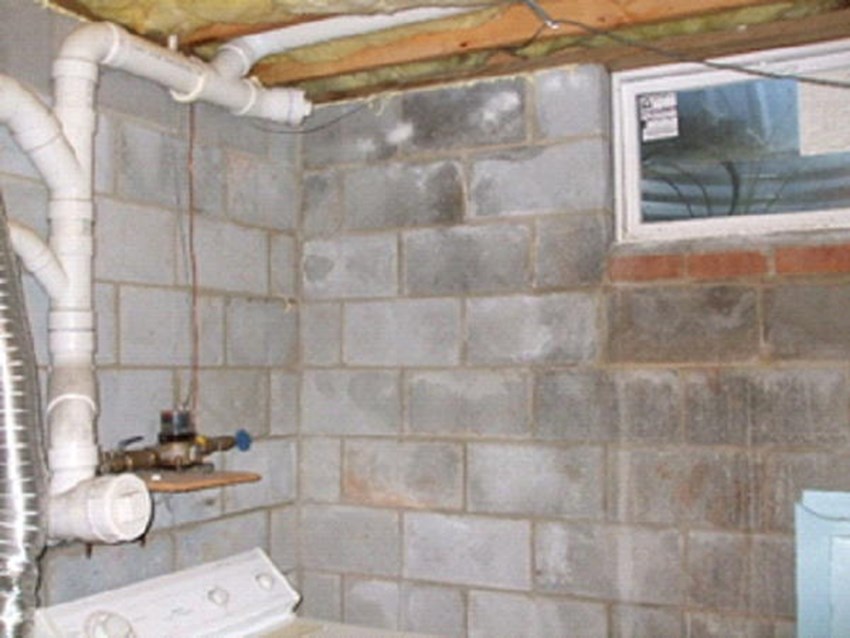 In our area, we tend to see 4 common foundation types: rubble/stone, concrete block, poured concrete, and concrete slab. The purpose of a home’s foundation is to support the weight of the home (including the framing, the people and things in the home, snow on the roof, etc.) and distribute it to the earth.

Homes built into the 1920s, and sometimes even the 1930s, in our area generally have rubble/stone foundations. These are also called fieldstone or stone foundations, too. After a basement or crawl space was dug out into the earth, rocks approx. 2~4’ in circumference were piled to form a foundation wall. Smaller rocks were then used to fill the gaps. Even smaller rocks were then used to fill the even smaller gaps and everything was cemented in place along the way. In many cases, the exterior and interior sides of the foundation walls were parged; think of parging like a stucco coating over the foundation walls. The parging provides some protection to the wall. Over time, the parging sometimes deteriorates (most often this is cosmetic) and can be repaired. 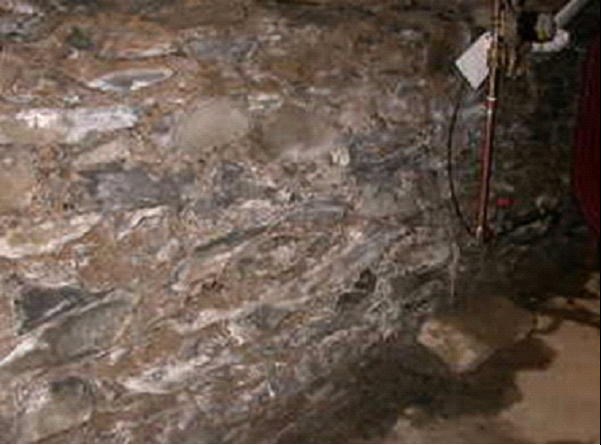 A common rubble/stone foundation in a pre-1920s home. Some of the parging has deteriorated slightly over time which is common.

If properly maintained, rubber/stone foundations can last a long time as evidenced by the many older homes in our area. Cracks can be sealed and any loose stone should be patched or filled in to prevent rodent/insect entry as well as to provide needed support for the portion of the foundation around and above the void. Occasionally, you will see older homes with parts of the foundation being a combination of rubber/stone and brick. 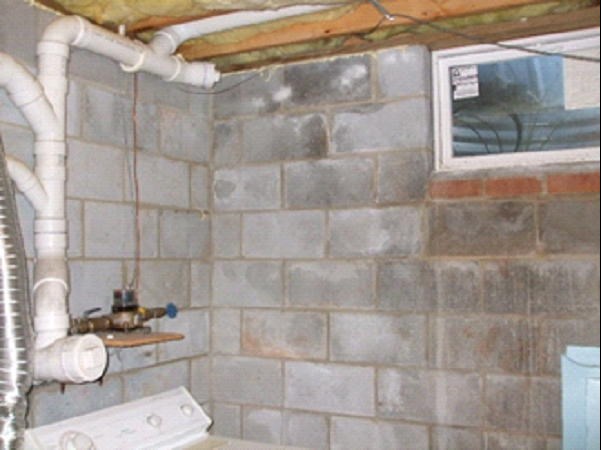 The most common foundation wall type found in our area.. the concrete block wall.

Concrete blocks should only be used with the interior voids pointing up and down; in that orientation, the blocks are at their strongest. Occasionally I will find concrete blocks used as supports under manufactured homes yet someone installed the blocks on their sides making the voids visible (run horizontally). In this situation, the blocks are at their weakest and may fail in some circumstances.

Concrete block foundations were the norm for 75 years or so. A concrete footer is installed at the home’s perimeter. Then, the blocks are installed and mortared into place on top of each other in a running bond fashion. As the mortar cures (notice I didn’t say ‘dries’), it can contract a little which is why you may sometimes see a few hairline horizontal cracks when looking at a cured block foundation wall. Step cracks (resembling a staircase, for example) wider than ¼” or diagonal or vertical cracks, however, are evidence of a possible foundation issue. In some cases, either the wall may have a partial buckle near the center or the entire wall is not plumb. This can indicate excessive pushing-in (lateral load) from the exterior due to water or the weight of the earth at the wall’s exterior. In each case, evaluation by a qualified professional is needed promptly. Continued movement of the wall can lead to a foundation failure which is a major repair.

Since the 1990s, poured concrete foundations have become much more popular in new homes. There are 2 varieties: (1.) poured onside and (2.) manufactured offsite.

Jobsite where a SuperiorWalls® foundation is being assembled.

For onsite poured foundation walls, interior and exterior side forms are assembled, rebar is installed to give the finished foundation added strength, and then concrete is poured between the forms. A vibrating tool is used to help work the air bubbles out of the liquid concrete. After the concrete cures, the forms are removed and the poured wall is visible and framing can start. Since it takes numerous concrete trucks to provide enough concrete for an average home’s poured walls, you will often see subtle color differences in the form of nearly horizontal or diagonal lines in the finished walls and those are simply where slightly different mixes from two different cement trucks met when being poured into the molds. Poured concrete foundation walls tend to be stronger than concrete block foundation walls and tend to also be more imperious to water passage through the walls. Keep in mind that cement and concrete are not the same thing.. concrete consists of cement as well as aggregate (such as small stone) and water added.

Manufactured poured concrete walls are made off-site, trucked to the job site, and lowered into place (again on a cured concrete footer) using a crane. The individual walls or panels are bolted together and the seams are sealed with a special caulking. SuperiorWalls® is a common brand that we find in our area as they are manufactured in Ephrata and shipped to many jobsites around the country. SuperiorWalls® also have frigid foam insulation (normally light blue in color) installed at the interior side providing an R-value.

The least common foundation type in our area is concrete slab. While very common in warmer climates, such as Florida and Arizona, concrete slab foundations are less common in PA for homes. You can think of a slab foundation as a large thick concrete patio with the home above it. A vapor barrier exists below the concrete and wiring, ductwork, plumbing, and rebar exist in the slab. Due to our frost line being approx. 36” below grade, concrete slabs are less common in our area. Like poured foundation walls, cement trucks come on site and the concrete is poured into short perimeter forms and allowed to cure. After sufficient curing has occurred, the home’s framing, etc. can then begin. Concrete slab foundations are generally cheaper than concrete block or poured foundation walls since little excavating is needed since there’s no basement or crawl space to dig out. 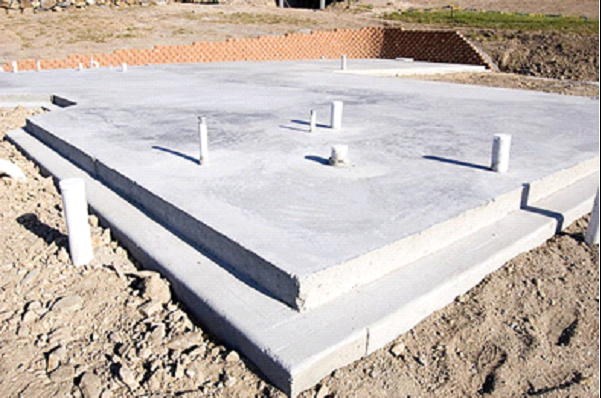