Smoke Detectors: What You Should Know

Most home owners only think about their smoke detectors when the TV weathermen suggests that they should change their batteries when the clocks change twice a year. Did you know that smoke detectors only have a useful design life of about 10 years? Most people assume that if it beeps when you hit the ‘test’ button, the smoke detector will reliably alarm if there was a fire. This assumption can have deadly consequences.

You’d also be surprised at the number of homes that I inspect that have no (zero!) smoke detectors installed. I run across this situation at least a few times per month. Just as many homes, from my experience, have smoke detectors that do not 'beep' when tested (indicating no power or a dead battery). I view the situation as potentially dangerous. A modern and powered $10 smoke detector is a cheap insurance policy to help get you and your family out of a burning home if the time ever comes. 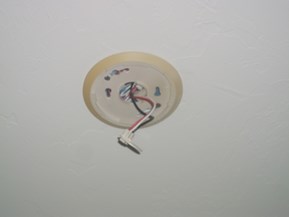 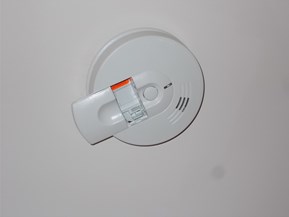 A few fairly common occurrences when inspecting homes is to find bedrooms (or sometimes the entire home) lacking smoke detectors and/or smoke detectors lacking batteries. Each is a safety hazard.

What does pressing the TEST button do?

The test button simply confirms that there is 120 Volt household power (if a hardwired unit) or that the battery is still good (if battery powered).

The ionization type (type "i") tends to be best for what is called ‘fast flame’ fires which is a less common type of house fire. This type of smoke detector tends to have more frequent nuisance alarms which may cause the home’s occupants to disable this type of smoke alarm, by removing the batteries. Now you have no alarm. Ionization smoke detectors tend to nuisance trip from burnt toast or taking a steamy shower. When a house fire occurs, the fire department or a fire marshall is often called in to investigate the cause. Studies have been released stating that many fire fatalities could have been prevented if the home had photoelectric smoke detectors. Similarly, some studies also indicate that some of these fatalities were linked to ionization smoke detectors not going off early enough to alert the home’s occupants to escape. Nearly 90% of all homes have only ionization type smoke detectors installed and many homes, I find amazing, have no smoke detectors installed. Also, a sobering thought... from a recent study, only 55% of ionizing smoke detectors failed to alarm in a timely manner in a smoldering fire. Ionization detectors have a hard time detecting smoldering fires which is the most common type of house fire.

The photoelectric type (type "p") tends to be better at detecting smoldering smokey fires. Most home fires tend to be the smoldering type and, according to statistics, approximately 2/3 of house fires happen when everyone is asleep. A smoldering fire is the type that most often starts small and takes time, possibly hours, to build, such as a cigarette setting a mattress on fire. A smoldering fire often has slow moving, but large dense particles which are often best detected by the photoelectric type of smoke detector. 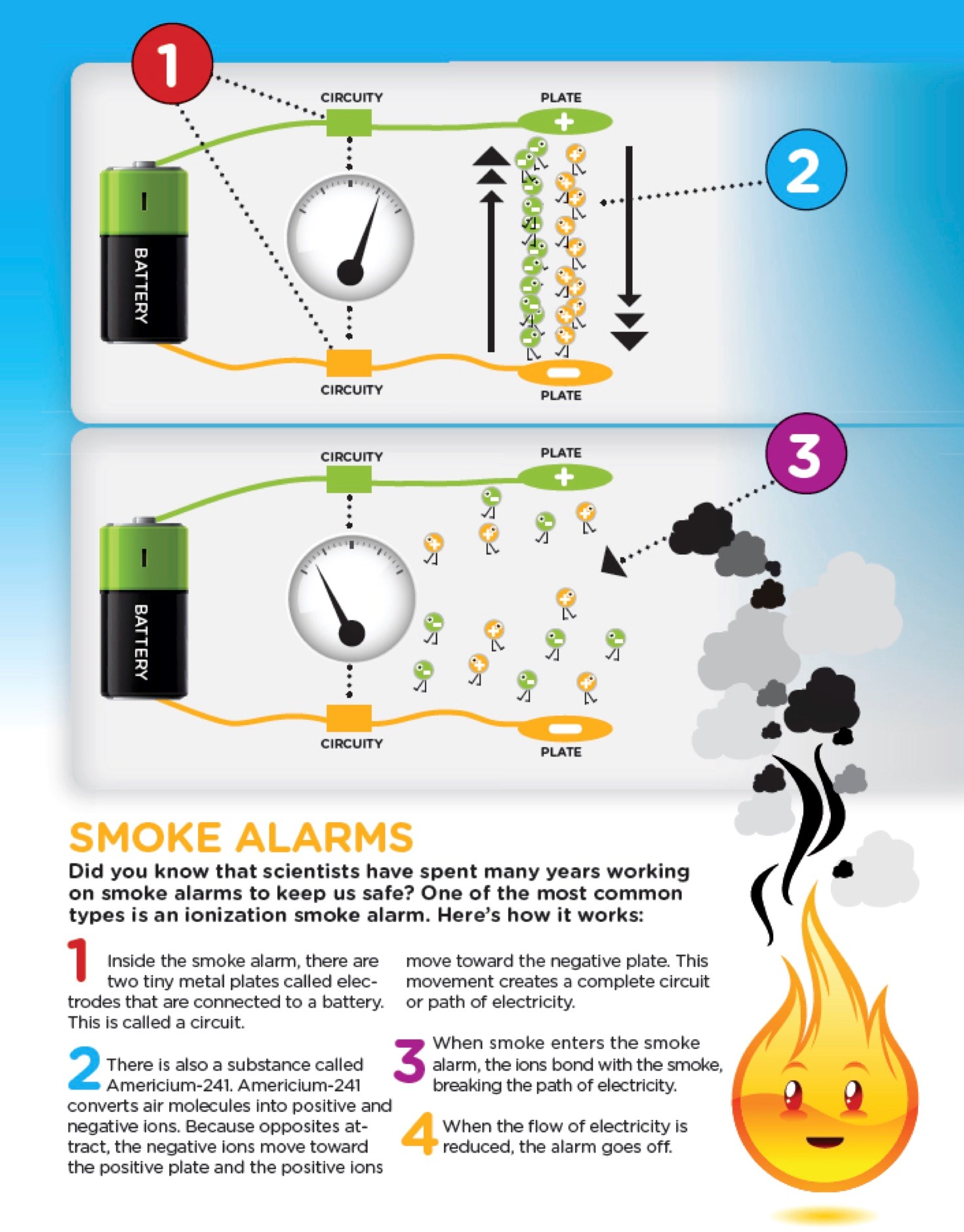 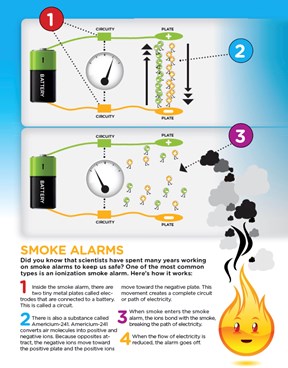 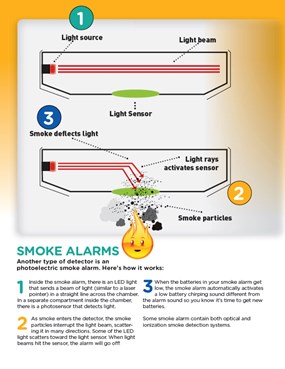 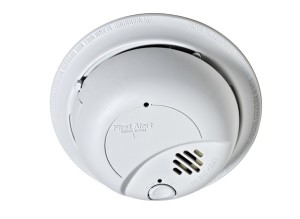 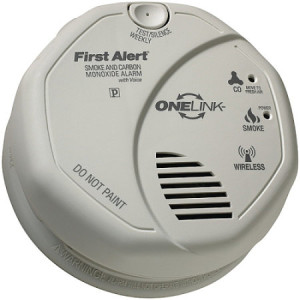 NOTE: Some smoke detector manufacturers make both varieties (ionization and photo-electric) and from the outside of these unit, they often look identical other than a small "i" or "p" located somewhere on the unit. Look closely either at the packaging or at the front or rear of the smoke detector to determine ionization versus photo-electric.

There’s been a lot of talk lately within home inspection and building code circles about the potential issues with various smoke detector types. Some states and cities have started changing their codes or ordinances to now require photoelectric smoke detectors in homes and other buildings. To the best of my knowledge, none of the local municipalities in the Lancaster, Harrisburg, York, or Lebanon areas have done this yet.

Some local townships, cities, and boroughs (such as Manheim Township, Columbia Borough, and Lancaster City) have specific smoke detector ordinance requirements that do not depend on the home’s age. These local ordinances closely follow the current IRC code regarding required locations for smoke detectors within a home, but don't require hardwired units in most cases. To find the requirements for your area, contact your local township/city/borough code official. It is a good idea that if you’re a Realtor and will be listing or selling homes across a wide range of Lancaster County municipalities that you know what each township, borough, or city requires in terms of smoke detectors (and any other local requirements).

Or course, home inspectors don’t inspect to building code nor determine code compliance, but we use the IRC (International Residential Code) as a general reference for common building, electrical, and plumbing standards. Based upon the testing data that’s been done, I believe that a future code revision (the IRC is updated every 3 years) may actually spell out a photoelectric requirement at some point for the above-stated reasons. In the meantime, it is best to have both separate photoelectric and ionization type smoke detectors installed throughout your home that meet the location requirements stated above (in all bedrooms, in the hallway(s) outside the bedrooms, and on each level).

UPDATE - A new smoke detector standard (UL 217 9th edition) was officially published as of 2 Jan. 2020. It requires new smoke detectors manufactured after 30 June 2021 to be better at detecting smoldering fires, which is the type of fires most commonly found in homes, and better at preventing nuisance tripping, such as from cooking. The new standard will also make combination smoke/carbon monoxide (CO) alarms more reliable. More info here: https://savemoreonfirealarmparts.com/blog/2020/01/ul-217-268-new-smoke-detector-standards-extended-to-2021-but-does-this-matter/

A short video about smoke detectors:

Some additional info about smoke detectors from the NFPA:

Smoke alarms in US house fires